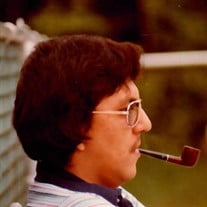 It is with great sadness that the family of Steven Allen Evans announces his peaceful passing on Thursday, November 29th, 2018 at home. Born in Bellaire to Archie and Arvena Evans on March 2nd, 1952. Steven attended school in Mancelona, and later went onto to receive various certificates for training through Alpena College. Steven was employed as a Foreman at Gulf & Western Factory in Michigan, for many years. Steve also enjoyed working at the Antrim County Transportation as a driver for several years. Steven was a long-time resident of Mancelona and supported many causes in the area, as he received great joy helping others. Steven was truly a remarkable man with a very loving and giving heart. Steven was an inspiration to all who knew him, as he always had a smile on his face, and a joke on his lips. Steven was also a person of faith and lived life serving others. He advocated for children of all ages by working in conjunction with Child and Family Services. Additionally, Steven, also served as a foster parent to many children of the Grand Traverse Band. His wonderful disposition and caring heart had an immense impact upon many children. Steve was a revered tribal member of the Grand Traverse Band of Ottawa and Chippewa Indians, where he served on many committees. Also, Steven helped implement Indian Education into various school districts. His tribal heritage was most definitely a great sense of pride for Steven and he handed down that immense pride to his children and grandchildren. Not only did Steven advocate for children he was also an excellent advocate for Native Americans. There was nothing better that Steven loved than a good song on the radio and you would often find Steven singing along with his amazing voice. Also, Steven enjoyed watching old movies when times were much simpler, and also crime shows to add some excitement to his days. An avid lover of all animals Steve had many different pets that he loved and adored. Steven excelled at Judo reaching a black belt status and competing in many tournaments where he consecutively placed first. However, nothing brought Steven more pleasure than his family did, where he delighted in showering them with love. It’s hard to turn the page when you know someone won’t be in the next chapter, but the story must go on, and he would want us to not cry because it’s over but to smile because it happened. For Steven was genuinely an astounding soul, who touched many hearts and will immensely missed. It was not the length of his life that was remarkable but more the depth of life that was outstanding. Steven will lovingly be remembered by his daughter Shawna Humburd (Josh) of Buckley, his grandchildren, Sarah, Ryan and Mason Fuller of Traverse City, Molly Crothers Alma College, OB Fearnow and Alyssah Humburd of Lake Ann, Nicholas Humburd of Buckley, and Madison Crothers Ferris State University. He will also be fondly remembered by his brother Samuel Evans of Traverse City and many nieces and nephews. Steven was preceded in death by his daughter Stephanie Crothers Taylor and his mother Arvena Evans and his father Archie Evans and his brother Gary Evans. A private memorial has been planned for his immediate family members. A traditional Native American Burial and Service will be held in the Spring.

It is with great sadness that the family of Steven Allen Evans announces his peaceful passing on Thursday, November 29th, 2018 at home. Born in Bellaire to Archie and Arvena Evans on March 2nd, 1952. Steven attended school in Mancelona, and... View Obituary & Service Information

The family of Steven Allen Evans created this Life Tributes page to make it easy to share your memories.

It is with great sadness that the family of Steven Allen Evans...

Send flowers to the Evans family.