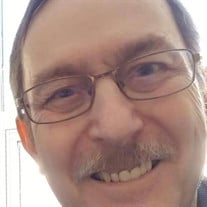 Robert Lee Sakuta, 77 of Kalkaska MI, passed away unexpectedly at 12:38 pm on Sunday May 17, 2020 at Munson Hospital in Grayling, Michigan. Known to all of us as “Bob“, Mr. Sakuta was born July 26, 1942 in Yale Michigan to Sergeij and Marjorie Sakuta. Bob graduated from Brown City High School in 1960 where he served on the Student Council and played Varsity Basketball and Football. On January 20, 1962, he married the love of his life, Glennis Pridemore, in his hometown of Brown City. He attended Central Michigan University (Fire Up Chips!) where he received his degree in Engineering. Bob worked for GM as a supervisor of Quality Engineering until his retirement in 1992. After retiring (not really) Bob and his wife moved from White Lake to Kalkaska. Bob was always active and with no time to slow down he and Glennis started a successful Consulting Company (GFS Consulting) where they worked with auto suppliers throughout Northern Michigan. In 2006 Bob lost his beautiful and beloved Glennis. In 2007 he retired for the second time, however, unwilling to fritter away his days watching Jerry Springer or Judge Judy, Bob and his longtime friend and now sweetheart and companion, Jan (Birdie) Munson-Bird joined Crossmark, later SAS Retail Services, as a Merchandiser until his passing. Bob was an active and respected member of the community. He was also a member of the Bear Lake Community Church, ministered by Pastor Scott and his wife Nancy, where he went to worship God and enjoy church fellowship. He was an original member of the Fraternal Order of Eagles (FOE #4496) in Kalkaska and raised thousands for the club running weekly BINGO games as well as other fundraisers, including his efforts to raise money for our first responders at Bear Lake Fire Department. Bob always went above and beyond to be a good friend, if you were fortunate enough to know Bob you knew first hand of his generosity. And if you were a neighbor you likely had snow cleared from your driveway at one time, probably more than once! As good of a friend as Bob was to those who knew him, he was an even better father to his children and “Papa” to his grandchildren. His love for them was deep, unwavering and unconditional. We have lost a great man who was loved by so many and who will be missed by every one of us, we thank God for giving us the gift of such an incredible person. Be certain that we will find him at God’s right hand when we meet again. Bob is survived by his loving children; Robert D. (Elyse) Sakuta of Clarkston, Lynn McClelland AKA; Mom’s Favorite (Jeff Quinn) of Waterford and Rodney L. Sakuta of Kalkaska. His grandchildren; Joshua Justice, Jessica Sakuta, Allen Mitchell McClelland, his girlfriend Jan Munson-Bird of Grayling, and his siblings; Judy (Gary) Dennis of Brown City, and Bonnie (Bill) Bonesteel of Brown City. Bob is also survived by all of his “Girls“ along with many cousins, nieces and nephews. Proceeding Bob in death are his Mother and Father, his wife of 44 years Glennis, or “G” as he liked to call her, his brother Wayne Sakuta and his beloved granddaughter Nicole McClelland. Sadly, there will be no visitation or funeral at this time due to Covid-19! Please watch for an update to be posted soon. We are planning a ‘Celebration of Bob’s Life’ towards the end of July. (Hopefully the weekend of his birthday.) Memorials may be made in remembrance of Robert Lee Sakuta to ’Gift of Life Michigan’. Cremation arrangements provided by Wolfe-O’Neill Funeral Home. Our Family Serving Yours.

The family of Mr. Robert L Sakuta created this Life Tributes page to make it easy to share your memories.

Send flowers to the Sakuta family.