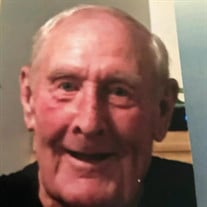 Raymond D. Green age 82, of Rapid City passed away on Thursday, April 9, 2020 at home. Ray was born on March 26, 1938 in Meeker, OK to the late Victor and Lily (Harper) Green. Ray was in the United States Army and was honorably discharged March... View Obituary & Service Information

The family of Mr. Raymond D. Green created this Life Tributes page to make it easy to share your memories.

Send flowers to the Green family.