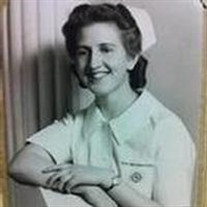 On Sept. 14, 2013, Mary Jane Louise Van Lonkhuyzen Dudley, at age 94, gave her final Dutch kisses to this world. Her plate was always full, even in her final days as she took many visits from loving family, who will miss her more than can be put into words. She was born in Chicago, on July 16, 1919, to the Rev. John Van Lonkhuyzen, and his angel of a wife, Katie (nee Dykstra).Mary Jane was raised the only girl with five brothers, John, William, Calvin, Maurice and Paul, all of whom have gone before her and were surely waiting there to welcome their beloved sister. Mary Jane’s mother passed away when she was nine, and Mary Jane moved with her father and brothers to the Netherlands. After her formal education in the Netherlands, she spent time in England. Mary Jane returned to the Netherlands in 1939, but her family was forced to leave there after the German invasion of the Netherlands and the imminent entry of the United States into World War II. She never forgot the bombings of Rotterdam and Schiphol, seeing the German tanks rolling through town. Her grandchildren will long remember stories she told about leaving Europe through Berlin, Geneva, Madrid and finally Lisbon. The Germans stopped the family at each border, thinking her father’s written sermons contained hidden codes. She talked of buying oranges through the window of the train using her broken Spanish, and her younger brothers delight in discovering wine in Lisbon, after she and two of her brothers came down with typhoid fever from drinking the water. She never forgot how everyone was brought to tears when the ship finally sailed into New York harbor, and seeing the Statue of Liberty as the national anthem played. She had more adventures in her life than most people can ever dream.After Mary Jane returned to the U.S. with her family, she earned her nursing degree (RN) from Butterworth Hospital in Grand Rapids, Mich. She started her career as a public health nurse in Grand Rapids. In 1945, she chose to serve her country as a lieutenant with the U.S. Army and UNRRA, as she was also fluent in four languages. She cared for people in the displaced persons camps in northern Germany, who were left devastated by World War II. Caring for others, which she enjoyed and did so well her entire life, brought her across the path of British Army Captain Douglas Dudley MC, the love of her life. God must have wanted them together because Doug survived both Dunkirk and D-Day. She and Doug were married in Germany in 1947; he was her “war bride” as she fondly called him. They received a telegram on their wedding day, imploring them to be fruitful and multiply, which they took to heart, having a total of eight children throughout their lifelong love affair. Mary Jane and Doug lived in Grand Rapids, and briefly in Lansing, before moving to Kalamazoo in 1958. There she practiced industrial nursing at Kalamazoo Paper/Georgia Pacific Paper Company until her retirement. After retirement, she volunteered as a hospice nurse and kept herself busy caring for her family and others. She was an incredible cook, knitter, seamstress, mother, grandmother and cherished friend. If she had it to give, and someone was in need, she gave it willingly. Her children can still hear her standing on the porch shouting, “Kathy, Miggy, Mary, Dougie, Vicky, Heather, Pauly!” all in one long breath. One of her caregivers at the end of her life asked, “How could you not love someone who was so kind and generous and loved so freely?”She was preceded in death by her beloved husband, Douglas, and three of her daughters: Clara Audrey Vanessa Dudley, Mary DeLobel Warner, and Margaret Dalla McClain. Her surviving children will toast her with a glass of Dutch gin (Bols Jenever) and sing “Lang zullen ze Leven in de Gloria” at family weddings in the future, just as Mary Jane would have done had she been there. Surviving children include Kathy Swanson of Wick, Scotland; Douglas Dudley of Westville, Ind.; Vicky (Jim) McDonnell of Traverse City, Mich.; Heather (Ron) Balon of Wanatah, Ind. and and Paul (Colleen) Dudley of Blaine, Wash.; as well as 13 grandchildren, six great-grandchildren with another on the way, and many dear nephews and nieces. Cremation has taken place. A private graveside service will be held at Woodlawn Cemetery in Grand Rapids at a later date. Memorial contributions may be made to Mary Jane’s much loved church, Second Reformed, in Kalamazoo, where she had been a member since 1958 (Second Reformed Church, 2323 Stadium Drive, Kalamazoo MI 49008). Thank you to the many friends, families and soul mates at Second Reformed Church for the love and support over all the many, many years. Praise and a special thank you go to the Grand Traverse Pavilions staff in Traverse City for their loving care these last months. And yes Mom, even though we are separated by death, take note that we used a “younger” picture of you here, as you would have wanted. May the Lord bless you and keep you always.

On Sept. 14, 2013, Mary Jane Louise Van Lonkhuyzen Dudley, at age 94, gave her final Dutch kisses to this world. Her plate was always full, even in her final days as she took many visits from loving family, who will miss her more than can be... View Obituary & Service Information

The family of Mary Jane Louise Van Lonkhuyzen Dudley created this Life Tributes page to make it easy to share your memories.