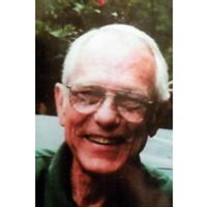 Donald “Don” Tornow, 89, passed away peacefully with family members at his bed-side in his oldest daughter, Susan's home in Adrian on December 24, 2016.He was born on May 31, 1927 in Adrian to the late Martin and Margie (Gitchell) Tornow. Don joined the Navy in 1944 when he was just 17, flying as a waist-gunner or on reconnaissance and security missions up and down America's coastlines. He was discharged from the Navy at war's end and married Elizabeth “Betty” Bryne.Don rejoined the service this time in the Air Force and served with distinction and decoration through the Korean War (the coldest winter of his life, he said) and two tours in Vietnam. He retired after 24 years of service and moved to Fife Lake in 1973 and helped his wife Betty open and operate the well-known and loved Tornow's Village Inn downtown. Don was a man among men. He was a natural leader in any situation and treated everyone as an equal and with respect. He was one of the most loved and respected men in Fife Lake, with volunteering countless hours at the Dale Wheeler American Legion Post, being a legendary Forest Area school bus driver, a clown in the town parade, a husband, father, grand and great-grandfather, "oil patch hand," or friend. Don was a kind man who made people feel better and happier when he was with them. His family and all of Fife Lake mourn his death. Don is survived by his children, Michael Tornow of Fife Lake, Donald Tornow of Kona, HI, John (NanHe) Tornow of Douglasville, GA; Susan (Ed) Clegg of Adrain, and Mariana (Chris) Sanford of Elk Rapids; 10 grandchildren and 9 great-grandchildren; and his brother, Robert Tornow of Helena, MT.Don is preceded in death by his wife, Betty; siblings, Jim Tornow and Marian Collins.Visitation will be held on Friday, December 30th from 2:00 pm - 4:00 pm and 6:00 pm - 8:00 pm at Wolfe-O’Neill Funeral Home in Kalkaska with the scripture service at 7:00 pm. The funeral mass is on Saturday at 11:00 am at St. Aloysius Catholic Church in Fife Lake. Reverend Norman Dickson, S.J. will be officiating.Arrangements were made by Wolfe-O’Neill Funeral Home, our family serving yours.

The family of Donald Fay Tornow created this Life Tributes page to make it easy to share your memories.

Send flowers to the Tornow family.