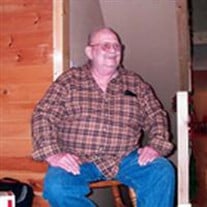 DeWayne Otis Hunter passed away September 28, 2017, at his home with his family at his side. He was born August 8, 1939, to the late Otis and Thelma (Smith) Hunter in Harbor Beach, MI. DeWayne honorably served his country in the US Air Force for twenty years. While serving his country, DeWayne met and married Clara Brogdon of Camden, SC, where he was stationed. They raised two sons, DeWayne E. (Debra) of Williamsburg and Glenn O. (Bobbie Jo Comai) of Kalkaska, all of whom survive him. In addition to his wife Clara and his sons, DeWayne is survived by his grandchildren Logan & Bryce Hunter and Michael Anderson. He is also survived by his brother David Hunter of West Monroe, LA; his sisters, Charlotte (Steve) Sias of Spokane, WA and Phyllis Wing of Gaylord and brother in-law David Wing; and sisters in-law Gloria Hunter of Port Huron and Catherine Hunter of Grayling. In addition to his parents, DeWayne was preceded in death by his siblings Arline (Jack) Woodworth, Dale Hunter, Ralph (Lucille) Hunter, and William Hunter. Even though he rarely spoke of it, he was very proud of his service in the Air Force, and his work on RF4-C, U-2, and SR-71 spy planes, involving security clearance. Barney served three tours of active duty in Vietnam and Japan between 1963 and 1973. After retiring from the Air Force, Barney returned to Michigan. He worked in the oil and gas industry for Hague Equipment Co. and Tidewater Corp. On April 1, 1999, Barney started his own business "Barney's Repair and Machine", providing gas/oil field parts and supplies, repair and custom work. From day one his son Glenn and wife Clara worked with him, daughter-in-law Debbie joined the business in 2009. DeWayne's family all agree that his work and his grandchildren were his two hobbies in life. A memorial service for DeWayne Hunter will be held at the Wolfe-O'Neill Funeral Home on Friday, October 6, 2017, at 3:00 p.m. Family and friends may gather from 1-3:00 p.m. at the funeral home. Rev. Andy Bratton of the Kalkaska Church of Christ will officiate. In lieu of flowers, memorial gifts in DeWayne's honor may be directed to the Cowell Family Cancer Center 1150 Medical Campus Drive, Traverse City, MI 49684, or to the charity of your choice. The family is being served by the Wolfe-O'Neill Funeral Home, our family serving yours.

DeWayne Otis Hunter passed away September 28, 2017, at his home with his family at his side. He was born August 8, 1939, to the late Otis and Thelma (Smith) Hunter in Harbor Beach, MI. DeWayne honorably served his country in the US Air Force... View Obituary & Service Information

The family of DeWayne Otis Hunter created this Life Tributes page to make it easy to share your memories.

Send flowers to the Hunter family.