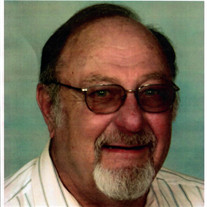 Charles R. Baer, 73 of Kalkaska, Michigan passed away on Sunday, March 22, 2020. Charles was born on February 26, 1947 to the late Charles and Elizabeth (Downing) Baer in Cleveland, Ohio. Charles joined the United States Air Force, he was part of the Vietnam War, where he was honorably discharged. Charles married Shirley Jean Williams on October 6, 1978 in Clio, Michigan. She preceded him in passing in February 2002. Charles was a police officer for the Durand Police department for eight years. He was a proud supporter to the Michigan police department. Charles retired as an Auto Hauler / truck driver. He was a hard worker, and a very proud American. Charles is survived by his children, Jeffrey Andrew Baer, of Jacksonville, FL., retired United States Navy, Charlene Renee Baer, of Fredericksburg, VA, retired Untied States Navy; two grandchildren, Raquelle Cedres, Richard Cedres, active duty United States Navy. Charles was preceded in death by a grandson, Richard Baer. A memorial service will be held at a later date, due to the restrictions of events at this time. Cremation arrangements provided by Wolfe-O’Neill Funeral Home. Our Family Serving Yours.

The family of Mr. Charles R. Baer created this Life Tributes page to make it easy to share your memories.

Charles R. Baer, 73 of Kalkaska, Michigan passed away on Sunday,...

Send flowers to the Baer family.